About A New Approach (ANA)

Australians from every walk of life participate in and benefit from arts, culture and creativity. Australia’s leading arts and culture think tank, A New Approach (ANA) makes this evident through independent research and analysis.

Our work informs discussion, inspires public policy and brings together decision makers and industry leaders around evidence-led ideas and pathways for pragmatic action. Our staff, board, expert advisory and philanthropic partners are driven by a shared vision of a cultural life that emboldens Australia. 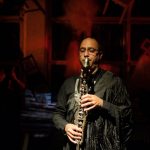 Adam Simmons redefines the term ‘multi-instrumentalist’, stretching the boundaries of modern composition and infusing a sense of childlike wonder and playfulness into musical art forms better known for their gravitas. An award-winning and world-renowned musician, he has a reputation as one of Australia's most prolific and eclectic musical artists, appearing on festival stages and recordings with some of the world’s finest classical and jazz musicians. He was recently named co-artistic director for the 2017 Wangaratta Jazz and Blues Festival and participated in major European jazz festivals, where he helped facilitate new performance opportunities for Australian musicians.

Entertainment Assist and the Victoria University Alessandra Pucci obtained degrees in science from Pisa and Florence universities, a PhD. (medical research) from The University of Sydney; Biotechnology pioneer and entrepreneur; Business Woman of the Year 1986; AO for services to Science and Industry; Centenary Medal; Member of Science and Technology Councils, including the one attached to the PM&C; Fellow of the Australian Academy of Technological Sciences and Engineering; Author of “The Scientist: A short Essay and Two Stories (2012) and “DEVOLUTION: The Young Self in the Face of Technology” (2018).

Alex Masso manages MCA's Music in Communities Network. He is a Sydney-based drummer, educator, advocate and managed the events program at Wollongong Conservatorium of Music before joining MCA in 2012. Alex plays with The Vampires, Slide Albatross, Kinetic Jazz Orchestra, The Splinter Orchestra, and others. 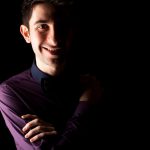 Pianist and composer Alister Spence is acknowledged as a significant contributor In contemporary original jazz and improvised music in Australia.

The Alister Spence Trio with Lloyd Swanton (the Necks) and Toby Hall (ex Mike Nock trio) has enjoyed critical acclaim both nationally and internationally, being nominated twice for Best Australian Jazz Album at the ARIA Awards (2004/2007). The trio’s most recent CD, Not Everything but Enough was voted in ‘Top 10 Jazz Albums 2017’ in Music Magazine, Japan, and also received an ‘Honorary Mention, Best of 2017’ in the New York City Jazz Record.

He is a founding member of Clarion Fracture Zone, Wanderlust and The Australian Art Orchestra.

Since 2008 Alister has toured and recorded with fellow pianist/composer Satoko Fujii. He has performed and recorded duo projects since 2009 with Scottish sax player Raymond MacDonald (Stepping Between the Shadows, Rufus Records, 2012). Everything Here is Possible, recorded with US pianist Myra Melford, was awarded an APRA/AMCOS Art Music Award for ‘Excellence in Jazz’ in 2014). In 2014 Sensaround (Spence, MacDonald, Ahmad) launched their electro-acoustic trio and released Isotropes: followed up byTravelogue in 2016. In 2015 Alister released Begin with Joe Wlliamson and Christopher Cantillo (double bass and drums, Sweden). Begin was nominated for an APRA/AMCOS Art Music Award 2015.

Alister Spence in a Lecturer in Music at the University of New South Wales.

Dr Allan Patience is a Principal Fellow in Political Science at the University of Melbourne.

Amanda Belton is a data creative working with education and arts researchers to visualise research information. She works with playful approaches and empathetic design principles to communicate research data visually into the digital realm. Amanda’s work combines an obsession with gifs, a keen interest in animation and mixed reality with interactive information design. Amanda is on Twitter @DataCreative

Ameena Payne teaches within the disciplines of social science and business in both higher education and vocational education at Swinburne Online. She is a fellow of Advance Higher Education Academy (AdvanceHE) and the Higher Education Research and Development Society of Australasia (HERDSA). For any further discussion, Ameena can be contacted at info@ameenapayne.com or on Twitter – @ameenalpayne 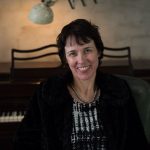 Andrea Keller was born of Czech parents. A pianist and composer, Andrea grew up in Sydney, attending the Conservatorium of Music High School. Since moving to Melbourne in 1993 where she attended the Victorian College of the Arts studying improvisation, she has been dedicated to the performance and creation of contemporary, original jazz and improvised music. Her work has been recognised through three ARIA Awards, four Australian Jazz Bell Awards, an Art Music Award, and fellowships from the Freedman Foundation and the Australia Council. She is the mother of three children and a sessional staff member at the University of Melbourne’s faculty of VCA and MCM, Melbourne Polytechnic and Monash University.

Melbourne-born musician Andrew Byrne has lived in New York for more than two decades. He is Carnegie Hall's Director, Festivals and Special Projects. As a composer and an arts programmer at Carnegie Hall, he has a unique perspective on the arts scene in the city. His letters from New York Letters are published monthly on the Knowledge Base. See archive at New York Letters for details. 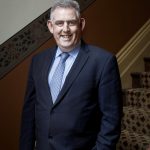 Andrew Snell was born in Taunton, Somerset, and started playing trombone at the age of 10. After completing tertiary study he was offered the position of Bass Trombone with the world-renowned Grimethorpe Colliery Band.

Leaving Grimethorpe in 2002, after 11 years as a member, Andrew emigrated to New Zealand where he was engaged as Musical Director with Waitakere City ‘Trusts’ Brass. Since leaving NZ for Australia in 2004 he has worked as Lecturer in Brass and Musicianship at Charles Darwin University, Orchestra Manager for the Australian Opera and Ballet Orchestra and as Chief Executive Officer of the Wollongong Conservatorium of Music. In October 2013 he took up the position of Managing Director of Victorian Opera. Andrew is also currently Musical Director of Darebin City Brass - Preston Band.

Angelina Hurley is an Aboriginal woman from Brisbane, Australia. Her heritage is of Jagera, Gooreng Gooreng, Mununjali, Birriah and Kamilaroi descent. She is the daughter of renowned Aboriginal visual artist Ron Hurley. Her writing debuted with her short film Aunty Maggie and the Womba Wakgun, 2009. A Fulbright Indigenous Scholar in 2011, she’s undertaking a PhD at Griffith University, entitled Pointing the Funny Bone: Blak Comedy and Aboriginal Cultural Perspectives on Humour, and writing an Aboriginal comedy television series. Angelina was also co-host of the popular radio show Wild Black Women on Brisbane’s 98.9fms Let’s Talk Program. 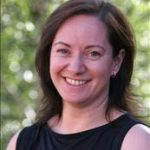 Assistant Professor of Music Education at the University of Canberra. Specialising in how neuroscience offers a better understanding of the human brain's structures and functions, focusing on music education. Anne Cawrse is an Adelaide-based composer of acoustic orchestral, chamber and vocal music.

She completed her PhD in Composition in 2008 at the University of Adelaide, having studied primarily with Graeme Koehne. Anne’s penchant for text setting has made her the most commissioned composer of the award-winning Adelaide Chamber Singers (five commissions since 2005) and a highly regarded art song composer. Recent commissions include works for the Australian String Quartet, the Benaud Trio, Sharon and Slava Grigoryan, Claire Edwardes, Katie Noonan (for the Australian Vocal Ensemble), Bowerbird Collective, and the Melbourne Symphony Orchestra, who premiered her Cor Anglais Concerto The Rest Is Silence in June.

Anne has twice been a finalist in the APRA/AMC Classical Music Awards, winning the State award in 2018. She will be self-releasing an album of her chamber works in the second half of 2021.