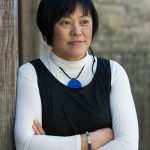 Stephen Mould is a Sydney-based conductor, opera coach, teacher and writer.  He has spent most of his career working in operas houses the world over, and is currently Chair of Opera Production at the Sydney Conservatorium of Music, where he teaches conducting and opera studies.  He also writes on aspects of Australian art, and recently curated a multimedia exhibition, Dušan Marek: Art/Film Post 1960, at the Sydney University Art Gallery.

Stuart Maunder. For the last thirty seven years Stuart has been directing musical theatre and opera in Australia. He joined The Australian Opera as Stage Manager in 1978, becoming a Resident Director in 1981. In 1992 he joined The Royal Opera (UK) as a Staff Director.

In 1999 Stuart was appointed Artistic Administrator of Opera Australia, becoming Executive Producer 2004 – 2008. His OA productions include Tales of Hoffmann, Manon, Gypsy Princess, Don Pasquale, My Fair Lady and A Little Night Music. His Trial by Jury, HMS Pinafore and Pirates of Penzance have been televised nationally on ABC TV.

Recent productions have included Cunning Little Vixen, Into the Woods, Sunday in the Park with George, A Little Night Music and Sweeney Todd (Victorian Opera) and Macbeth (West Australian Opera).

Susan Buchan is a music educator who has taught music at all levels in a variety of government and non-government settings. Currently, she is a sessional teacher at Deakin University. Susan's research interests include the contribution to children's growth and development of accessible music-making approaches that include that use of specially designed marimbas. One of the themes of her doctoral thesis was the exploration of public pedagogy and its implications for music learning and teaching. 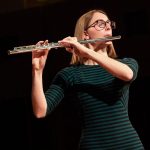 Tamara Kohler is a flautist – soloist, chamber musician and inter-disciplinary artist, a founding member and co-executive director of Melbourne-based contemporary ensemble Rubiks. She is an ANAM alumnus and has studied in Italy, Canada, The Netherlands, Germany, Switzerland and Sweden as a recipient of the Skills and Development Grant from the Australian Council. Tamara performs regularly with Victorian Opera and has appeared with other notable ensembles including Speak Percussion and the Omega Ensemble. She has held multiple artistic residencies at the Banff Centre (CAN). Festival credits include the Melbourne International Arts Festival, Metropolis New Music Festival, the inaugural Eighth Blackbird Creative Lab (USA), Bang on a Can Summer Festival (USA) and Darmstadt International Festival for New Music (DE). Emma is also the host and producer of podcast, MythirdEar.

Taught classroom music in Victoria and then Queensland. Biography being finalised. 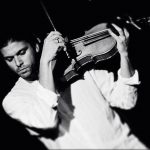 Tim Munro is a Chicago-based, triple-Grammy-winning musician. His varied work as a flutist, speaker, writer and teacher is united by a single goal: to draw audiences into an engrossing and whimsical musical world. Born in Brisbane, Australia, Tim was the flutist and co-artistic director of the chamber ensemble eighth blackbird from 2006 till 2015. As a member of eighth blackbird, Tim performed at major concert venues in 40 US states and abroad, and won his third Grammy Award in 2016, for the Cedille Records album Filament. According to the Chicago Tribune, “the fierce virtuosity of Tim Munro was worth the price of admission all by itself.” Tim’s solo performances are “captivating”, “bravura”, “charismatic” (The New York Times), “engrossing” (Chicago Tribune) and “brilliantly clear and beautifully balanced” (Sydney Morning Herald).

In the first half of 2018, Tim co-hosts the St Louis Symphony Orchestra’s live broadcasts on St Louis Public Radio. In April he is a featured soloist for the world premiere of Amy Beth Kirsten’s Savior on the Chicago Symphony’s MusicNow series. In 2017, Tim was co-music director for Crowd Out Chicago, a project co-presented by Illinois Humanities and the Chicago Humanities Festival, in which more than 1000 participants, drawn from all over the city, came together to perform David Lang’s work crowd out. Tim is also a passionate writer and speaker about music, inviting audiences into his beloved musical worlds with intelligence and humor. Tim is principal flute of the Cabrillo Festival Orchestra in Santa Cruz, and has performed with many of Australia’s orchestras and chamber ensembles. 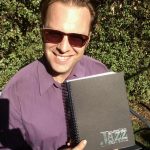 Dr. Tim Nikolsky is a Melbourne based musician, educator, tech guy, PhD graduate, cyclist, enthusiastic homebrewer and most of the time a pretty good guy. His PhD on the development of the Australian Jazz Real Book is the first of its kind in Australia has received several accolades and awards. He can be contacted at ausjazzrb@gmail.com 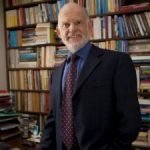 Trevor Jones is currently completing a PhD on coaching opera singers in musical theatre song at the University of Melbourne. He is a music director and performer in the Australian musical theatre industry. 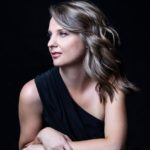 Vanessa Perica is a composer and arranger based in Melbourne, Australia. Originally hailing from Perth, Vanessa majored in Jazz Composition and Arranging at the West Australian Academy of Performing Arts. Upon completion of her Bachelor degree in 2003, she was awarded the prestigious Bob Wyllie Scholarship for ‘most outstanding graduating jazz student’. Other recipients of this honour include Mat Jodrell, Linda May Han Oh, Troy Roberts and Ben Vanderwal.

In 2019, Vanessa recorded her debut album with the assistance of an Australia Council grant. Love Is a Temporary Madness’ by the Vanessa Perica Orchestra features an all-star lineup including Andrea Keller, Julien Wilson, Jamie Oehlers, Mat Jodrell, Carl Mackey, Jordan Murray, Sam Anning, Ross Irwin, Paul Williamson and Ben Vanderwal. The album was released in February 2020 to critical acclaim, reaching as high as number 3 on the ARIA Jazz and Blues charts and number 1 on the AIR Independent charts.