The Australian arts sector has had to withstand direct cuts and reductions since the Coalition parties came into government in 2013. In particular, the budget of 2014 saw a re-direction of Australia Council funding of $103.8 million from the Council to set up then Minister Brandis’s National Program for Excellence in the Arts. However in late 2015, it was announced that $32 million of this would be returned to the Council.

In March 2017 it was further announced by the government that a total of $61 million of the $103.8 million would be returned. But the actual amount returned was more in the region of $29 million, given amounts that were already allocated elsewhere.

This suggests that there has been new funding found for the Australia Council. But this positive “spin” only reflects the Catalyst money that was returned to the Council in March 2017. Further, at Senate Estimates in March 2017 the Australia Council recorded that nearly $1 million of the monies returned would be going to support the recommendations of the Opera Review.

In April 2017, the Australia Council told its clients that,
‘For the 2017-18 financial year we estimate the additional funding for the Council’s programs will be just under $3 million, with increases in future years once Catalyst contract commitments conclude.’

Other parts of the arts portfolio have incurred small variations although Screen Australia has lost nearly $2.6 million (or about 18%) from its estimated budget. This is significant and will affect the making of new Australian films.

The biggest winner percentage wise has been the National Maritime Museum, which has gained around $5.9 million in its 2018 budget (or around a 25% increase on 2017).

It is argued that government funding of the arts is not a vote winner. Most of the time there is no mention of the arts in any budget announcement and unless something unusual occurs, the arts seem to be of no interest to most politicians.

However the downside of this argument is that most Australians have repeatedly said that they want government to support the arts. The dramas of the past three years, in relation to arts funding, would suggest, in fact, that not valuing the arts is also not a vote winner.

Is it time therefore that Australian governments started valuing the arts, artists and art-making for the contribution they make to the nation as whole? It seems that the majority of the Australian people recognise this – so why are politicians so slow in their cultural understanding?

Re-published from The Conversation, May 10, under a Creative Commons licence, and with thanks. 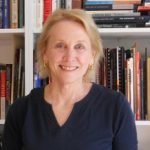