INSIDE THE MUSICIAN. Julia Fredersdorff: The Search for a Sound

I remember the moment I first heard it. It was a mild afternoon in Melbourne, I was  in my early twenties, a budding and enthusiastic student of baroque violin, hungry for knowledge, but lost and looking for direction. My teacher and mentor, Lucinda Moon had lent me a CD called ‘Music in the time of Guido Reni’. At the time I had no idea who Guido Reni even was (although five years later, I would be making regular visits to the Louvre to see his canvases). I nonchalantly put the CD in the CD player and pressed play (yes it was the 90’s) and at that moment, on that breezy afternoon, the most exquisite sound filled the room and my life changed forever. All of a sudden, as a result of this violin playing which was like nothing I had ever heard, my path became crystal clear.

I had to find the person playing, and I vowed to become their student.

When I was six, I asked my parents if I could learn the violin and started lessons with an excellent Suzuki teacher. It wasn’t until I turned 9 or 10,  that I gained the musical level to start playing concertos by Vivaldi, and I remember the first time I had goose-bumps listening to the slow movement of the A minor concerto. I got addicted to that feeling and I used to secretly listen to it on repeat at night after lights were out.

At school my careers advisor warned me that by choosing to become a musician I was condemning myself to a life of poverty. Nevertheless I pushed ahead, but something in me knew that I wasn’t necessarily steering myself toward a symphony orchestra job.

Whilst in my second year studying at the Victorian College of the Arts, I could feel myself being pulled in another direction. I was not drawn to romantic concertos any more, I preferred playing chamber music by Telemann and Corelli. I felt an immediate connection with the music the first time I played the Bach Brandenburg Concertos. I even dabbled in 17th Century music with an equally curious recorder player (even though we didn’t have the faintest idea what we were doing!)

I was advised to finish my degree on modern violin, which I dutifully did, and I was subsequently given the opportunity to study an honours year. This was my chance to change direction. I became the first student of baroque violin at the VCA and asked for the privilege of learning with Lucinda Moon – which was granted.

Once I graduated, I started working professionally and suddenly had the devastating impression that my trajectory was complete. At the age of 22 I had my ‘is that all there is’? moment (cue Peggy Lee!) and decided that I needed to follow in my teacher Lucinda’s footsteps and hone my craft overseas.

The obvious place was the Royal Conservatorium in The Hague which at the time housed one of the largest early music departments comprising some 200 students from all over the world, but there were also good teachers in London, Brussels and Paris. My problem was, I didn’t know who my teacher should be, and I didn’t feel it was enough to choose an ‘institution’ just for the sake of it. So I was essentially waiting for the proverbial ‘sign’.

The sign came to me that warm Melbourne afternoon when I heard the CD of Italian violinist, Enrico Gatti playing Francesco Rognoni’s divisions on a madrigal ‘Io son ferito’ by Giovanni Gianluigi da Palestrina – 17th century music and pretty rarefied stuff at that! It was the sound that blew me away though; the articulation, the expression, the warmth, the vulnerability, the flexibility. It was like nothing I had ever heard. He was speaking through his instrument. He was telling a story, and I was completely enchanted by it. This is what baroque music set out to achieve. Francesco Geminiani described it this way: The Art of Playing the Violin consists in giving that Instrument a Tone that shall in a Manner rival the most perfect human Voice; and in executing every Piece with Exactness, Propriety, and Delicacy of Expression according to the true Intention of Musick.

At last I had found my conduit in the search for a sound! So, now where to find my future teacher? Despite my best efforts, I realised that I didn’t even know where he lived…let alone if he actually WAS a teacher. But I was not deterred!

I had a name (Googling was not an option in those days). I thought I could safely assume that with a name like that, he was probably Italian. So I decided to get closer to the action, upped-sticks and moved to London (yes – I know, it wasn’t Italy, but I had some family and at least could speak the language). I got a 9-5 job as an accounts clerk at the National Canine Defence League by day, and in my spare time, I would practise the violin and search through the huge early music network in Europe to try to find the violinist with the most beautiful sound I had ever heard.

Ironically, the first lead came about when a good friend of mine in Australia sent me a brochure to apply for the European Union Baroque Orchestra. It was a three day audition course, and one of the tutors there was the elusive Enrico Gatti so I immediately applied and trekked over to Holland for the course.

My heart almost burst with joy when I had a lesson with him – he was everything I had hoped for and more and I knew that my instinct was right in seeking him out as my teacher. Here was a person who had an amazing knowledge of the style (or styles as there are so many different styles within the generic label of ‘baroque music’), as well as an intimate understanding of the context in which the music was written, and a commitment and respect for every single detail. It was not enough to just play the music nicely. One was required to really sink into it, to understand the architecture and story of a piece, and to re-tell it with your own voice, whilst respecting and revering the composer. Not once did he tell me how I should play something, rather he would draw it out of you and encourage the musician within.

Having spent a year touring with the European Baroque Orchestra (as a by-product I had managed to get accepted into that year’s orchestra), I went on to study with Enrico in the Hague and stripped my playing back to basics before re-constructing it again with a lot of help from Francesco Geminiani. Although I disliked The Hague intensely, the school was amazing and it afforded me the opportunity to meet and connect with people from all over the world looking for the same things I was (many of whom remain friends and colleagues to this day.)

The postscript to this story came just before I left Paris (my home as a freelancer for 10 years after my studies in Holland) to move home to Australia. I was made aware that Enrico Gatti was selling his beautiful Italian violin, and when I played it my search was over. I jumped at the opportunity to buy it, and brought this beautiful instrument on a journey from his home in Italy to live in the Antipodes.

My violin, which had been so exquisitely played by my esteemed teacher for 20 years, has become my teacher now. Every day, I learn from his 250 years of experience. The stories that I hear when the vibrations ring through his ribs take me to another place and inspire me to keep on giving life to the often forgotten music of an incredible generation of artists. It is a life-affirming drug to me, and I feel privileged to remain the humble servant and custodian. 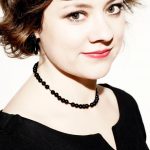 Now resident again in Australia, Julia performs regularly as concertmaster for the Orchestra of the Antipodes and is the founder and Artistic Director of the Tasmanian baroque ensemble, Van Diemen’s Band. She is a founding member of period string quartet Ironwood, and the twice ARIA-nominated baroque trio, Latitude 37 and founded the Peninsula Summer Music Festival in 2008 where she was the Artistic Director for 11 years.