Composing music for film and television comes with a unique set of musical dilemmas.

Notice how I didn’t say “original music”. Because that’s the issue we film composers face daily.  On a number of fronts.

Let’s get the obvious out of the way first.  The practicality of film composing often means we are presented with a near-finished film which contains “temporary music” sourced from the best scores and musical works in human history. Rather daunting. We are then asked to create a new original score, while (in the eyes of the editor, director and producer) subconsciously competing with these “temp scores”. In many cases the director has heard these temp scores so often (as part of the film editing process) that like well-worn comfortable slippers, they simply can’t imagine anything else for their film. It’s called “Temp Love”. And it happens all the time.  Peter Weir is notorious for it.

Worse still is when an editor has cut a sequence to the particular highs and lows of an existing piece of music. As a composer, you quickly discover that in many cases, the pictures are not particularly well edited but rather they were illustrations to a wonderful piece of music. Constraining yourself to someone else’s musical shapes is an additional burden that makes the film composing process doubly difficult. Especially when the editing is actually bad (without the temp score).

Interestingly, Ennio Morricone (simply the best film composer ever!) refuses to work on a film that has used a temp score as part of the editing process and has indeed quit a project half way through when some assistant let leak that there had been a temp score used. (Despite Morricone not even hearing it.) He feels (rightly I think) that no matter what he brings to the film, his new score will forever be compared to the temp.  Something which he is not prepared to subject himself to.  To paraphrase his words… “It’s like your first lover. There’ll never be another first”.

For those of us less talented than Morricone, temp scores are often a daily reality. In best cases, they can be used as a shortcut to understand the director’s intentions. Especially when the director is unable to articulate their emotional intentions in words – aka “the brief”. (Yes, would you believe a field all about communication has practitioners who sometimes can’t communicate their intentions). So drawing conclusions about the director’s emotional intentions from the music they (or the editor) has chosen for the temp score is often the best indication of what they are after. (It’s not always what you as a composer might personally choose for a scene. But more about that later.)

While music budgets for most Australian movies limit one’s ability to get close to the epic-ness of many temp scores, there are often other ways to reach similar emotional conclusions with limited musical means. It’s all about drilling down into the inner emotional workings of the temp score to understand what actually it is that is connecting with the director. It might just be the tempo, or the melodic shape. Or even “je ne sais quoi”. Just something that feels right. So if you can wrangle the director into letting go of the actual temp, and opening their mind to a new piece of music, hopefully you can hit the same emotional tones to get your cue(s) approved. Good luck.

Then comes the whole dilemma of originality.  Not unique to film scoring, but certainly a daily dilemma is the following balance:  the need to compose something that on the one hand is unique and original, and on the other hand still engages the audience. The rub here is that the musical devices used to engage your average audience member are the highly un-original well-worn western classical tonal music that immediately connects.

I often compare it to telling a joke. You can tell the world’s best joke, but if you don’t speak the language of your audience, it will fall flat no matter how good a joke it is. And the analogy continues: a superb genius of a joke teller can indeed make an audience laugh even if they don’t understand the actual words (body language, tone, expression etc…) And to me, that is akin to a composer presenting completely new musical material to an audience and yet still connecting with them emotionally in a musical language they, until that moment, had never heard. This genius applies to many crafts, including many of those used in film making.  There are wonderful examples of crafts breaking new ground and still connecting to an audience.  A foreign joke understood. I often cite Baz Luhrmann’s Romeo and Juliette as one such film.  Many of its techniques were completely new to its audience (camera work, editing, dialogue, music), yet still somehow, at least to me, it resonated and conveyed meaning. Despite it being new and foreign to me in so many ways.

So, when presented with a scene, and a director who wants to connect with their audience, often, the best path forward is to compose in a musical language that is obvious, direct and simple. Don’t forget, the audience is receiving plenty of other new material by way of the actual story.  Sometimes it’s up to the music to coax them into that comfortable familiar place from which they can absorb new material – even at the risk of the usual criticism of “derivative” and “not-original”.  So creating an emotion that feels familiar allows the audience to explore details and nuances that otherwise might be lost if the music is challenging them as well.  As you can tell, there is not much room for ego in film scoring.  Which brings me to my last point.

As much as we would like to exercise our musical skill at every opportunity, film composing sometimes simply requires basic functional music to help propel a scene, or convey an emotion. I have had many discussions with directors who have given me a brief, by way of temp music or verbally, that I strongly believe will hinder the audience’s understanding of the film’s intention. Amusingly it sometimes comes down to a director’s own personal attachment to a musical style or even instrument. Trying to politely explain that while solo clarinet may remind the director of their beautiful neighbour practising every afternoon, perhaps not all of their audience will feel the same way and thus the emotional intention is lost (although the director and the neighbour may love the film). So as a composer you must become servant to the story. And hopefully your director understands this too.

So if you ever find yourself composing for a film, here’s hoping your own experiences allow you enough creative freedom to compose something self-satisfying, fulfil the director’s brief, the film’s emotional intention and connect with your audience. Easy, right? Ha!!! Good luck. 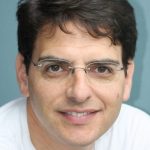