INSIDE THE MUSICIAN. Marc Hannaford: Improvisation Across Contexts and Domains

Many people and ideas have shaped and continue to shape my musical world. My relatively recent relocation from Melbourne to New York City to pursue a PhD in music theory at Columbia University precipitated two concerns that are the themes of this essay: first, the correspondence between one’s personal and idiosyncratic language for musical improvisation and various contexts within which it operates, and second, resonances between my academic research and artistic practice.

My musical world is part of a network that contains many overlapping musical worlds—I have been lucky enough to encounter a large number of fantastic teachers, mentors, and collaborators in my life as a musician. The first part of this essay pays homage to some of the people who profoundly contributed to my personal language for musical improvisation. I then describe some of the musical challenges and revelations that arose from my relocation to New York, and outline some of the resonances I see between my current academic work and artistic practice.

I distinctly remember hearing Thelonious Monk’s Criss Cross for the first time as a teenager. I was both utterly transfixed and confused by Monk’s music. After taking piano lessons for approximately six years I developed an interest in jazz and improvisation and bought Criss Cross more or less at random. I lived in a beach-adjacent suburb with very little jazz-related infrastructure at the time and my interest in jazz automatically rendered me an outsider. The liner notes described Monk as an idiosyncratic pianist who single-mindedly developed his own musical language. The disconnect between New York City in the early twentieth century and my suburban Australian surroundings notwithstanding, Monk represented the possibility that one could develop a personal musical universe, replete with sympathetic collaborators, through improvisation.

Lindy Sharp, my high school music teacher, nurtured my interest in improvisation and introduced me to the music of Stravinsky, Debussy, Ives, Bartok, Crumb, Sculthorpe, and Ferneyhough. During my undergraduate degree at the Australian National University I found trumpeter Miroslav Bukovsky, who encouraged me to listen broadly and experiment and follow my own ideas with regards to making music. Miroslav is responsible for my passion for the music of Duke Ellington, Paul Bley, Herbie Nichols, Carla Bley, Don Pullen, and Andrew Hill. He also introduced me to pianist Paul McNamara, who encouraged me to experiment further with materials from these musicians’ work, even though I had little idea what I was doing.

I arrived in Melbourne in 2004 and met drummer Ronny Ferella soon after. Ronny introduced me to the music of the Association of Advancement of Creative Musicians (Henry Threadgill, Muhal Richard Abrams, the Art Ensemble of Chicago, among others), encouraged my compositional experiments, and motivated me to contact trumpeter Scott Tinkler. Scott quickly became the primary force in my musical life. He challenged me to reconceptualise the way I thought about rhythm, harmony, and group improvisation. Furthermore, he connected the musical language that I was learning from him to a larger network of Australian improvisers whose recordings I began studying diligently—Mark Simmonds, Jamie Fielding, Bernie McGann, Louis Burdett, Tony Buck, and Walter Lampe, for example. Scott also precipitated my encounter with the music of Brisbane-based group Artisans Workshop (comprised of violinist John Rodgers, drummer Ken Edie, reedist Elliott Dalgleish, and bassist Jonathan Dimond). The music of Artisans Workshop sounded to me like it came from another planet—I was determined to find out what it was all about.

In late 2006 I travelled to Brisbane to study with John, Ken, and Elliott. I sat at Ken’s kitchen table for two full days while he patiently deconstructed the harmonic and rhythmic content of American composer Elliott Carter’s music, which had been a primary influence of the music of Artisans Workshop. Ken sat patiently with me as I struggled to tap the rhythms and play the chords he showed me. I watched John use a series of all-interval twelve-note chords to re-orchestrate and transform Monk’s “‘Round Midnight” in his shack in West End. Elliott presented me with a pile of theoretical treatises and recordings to copy and shared many of his thoughts on composition, improvisation, and the Australian music scene. One of his bands, The Mute Canary Project, was my introduction to a whole cohort of Brisbane-based musicians who later became friends and collaborators, including saxophonist Scott McConnachie and bassist Sam Pankhurst. I returned to Melbourne with a drive to develop the ideas that Ken, John, and Elliott had shown me for myself. Scott, Ken, John, and I formed The Antripodean Collective a couple of years later. The group recorded and toured. To me, this group represented a culmination of my work on this musical language up to that point. It also showed me how much more of it I had to explore. In some ways I have been exploring the materials Scott, Ken, and John showed me ever since.

The late, great Allan Browne became an important mentor for me over the next six-or-so years, in addition to Scott Tinkler. The lessons I learned from Scott and Allan on and off the bandstand are too numerous to mention; I aspire to the level of generosity and integrity they epitomize. Allan is perhaps the only person I know who sounded equally at home playing Jelly Roll Morton’s stomps, Billie Holiday’s ballad tempos, and Paul Grabowsky’s snaking forms. Allan could improvise with experimentalists such as David Tolley or Rod Cooper and play New Orleans music with Margie Lou Dyer at Claypots in St Kilda in the same day. His joyous energy spanned styles, eras, and communities of musicians.

This essay is too brief to do justice to the many other musicians who form part of my musical world. It would be remiss of me, however, to not mention them: Paul Williamson, Erkki Veltheim, Eugene Ball, Andrea Keller, Simon Barker, Carl Dewhurst, Matt McMahon, Phil Treloar, Ren Walters, James McLean, Sam Anning, Leigh Barker, Al Kerr, Harry Shaw-Reynolds, Jenny Barnes, and Philip Rex, amongst others. Histories of jazz in Australian seem to appear rarely. I hope that readers will explore and map out the complex network of musicians and music that I have only barely touched on here for themselves by buying recordings, attending performances, and talking to musicians.

In 2010 I found a home in academia for my interest in Elliott Carter. I turned my informal research into Carter’s music into a master’s degree with the help of the incomparable Donna Coleman, who also rehabilitated my piano technique after a bout of repetitive strain injury. This formal research plan provided me with an opportunity to refine my implementation of certain aspects of Carter’s music and expedited my development of a personal approach to improvisation and composition. Donna also suggested that I look to North America for further opportunities for research at the conclusion of the degree. Columbia University’s program, faculty, and location appealed to me, and in 2013 I was accepted to their PhD program in music theory.

My musical world has shifted in significant and unexpected ways since I moved to New York. I never really regarded New York as the centre of the musical universe—I approached my relocation as an opportunity to explore and discover, rather than advance my “career.” Nonetheless, I discovered a tension between the musical language that I had worked so hard to develop and my newfound context. Relocating to New York revealed to me just how specialized many aspects of my musical language had become. Musical ideas that were common parlance amongst my immediate circle in Australia seemed almost unintelligible to some players in New York. I realised that my personal musical language was inseparable from the community around which it had developed; for a while I felt rather lost.

Luckily, I found a contingent of musicians who regard others’ musical idiosyncrasy as an opportunity for productive and collaborative exploration: Satoshi Takeishi, Simon Jermyn, Tom Rainey, Ellery Eskelin, Ingrid Laubrock, Peter Evans, Mark Helias, Anna Webber, Will Mason, Thomas Heberer, Flin van Hemmen, Devin Gray, and Daniel Levine, for example. Meeting and playing with these musicians not only helped me reassemble and reorient my musical sense of self, it also helped me reconceptualise improvisation. Improvisation came to represent not just a mode of musical production, but also the interpersonal exploration that it (ideally) facilitates. Put differently, musical improvisation became a means to confront the unfamiliar, be challenged by others’ musical idiosyncrasies, and challenge others in response. This process was and is itself improvisatory: there was no pre-determined musical outcome other than to explore what emerged from our musical encounters. I feel lucky to have found musicians who were and are committed to the process of improvised discovery amid an almost ubiquitous external pressure to advance one’s career (whatever that is supposed to mean).

My academic studies also motivated this conceptual expansion. Some musicians regard academic work as an antithesis to creative output. My experience has been anything but that. Although I found it challenging to balance practice and performance with four years of full-time academic coursework and exams, Columbia professors such as George Lewis, Ellie Hisama, Joseph Dubiel, Mariusz Kozak, Kevin Fellezs made it clear to me that my experience as a performer and improviser could inform and even guide my research. My PhD program, besides expanding my academic knowledge base and broadening my musical palette, led me to investigate improvisation across a variety of domains. Theorizing improvisation in terms that cut across domains—such as agency, constraint, planning, corporeality, cognition, gender/race/sexuality/class, power, space, temporality, and pedagogy—helped me find and explore relationships between music, pedagogy, research, and the personal practice of everyday life.

The personal is political. Improvisation in the context of everyday life can take a variety of forms: negotiating interpersonal differences, resisting hegemony, listening openly, and working around infrastructural frameworks, for example. Virtuosic improvisers might bend or work around rules and conventions, unexpectedly carve out space for agency, question and perhaps even adjust worldviews, or make the most out of limited resources. Improvisers may come from different backgrounds or contrasting parts of the political spectrum—improvisation is not inherently politically progressive. One might therefore find points of contact between otherwise disparate subjects such as Odysseus, Thelonious Monk, Burke and Wills, Ronald Reagan, and Jamie Fielding, and events or practices such as farming in Sierra Leone, political protest, town planning, and disaster response. I would argue that the modes of engagement that improvisation intimates can play a crucial role in the current uncertain political climate by fostering dialogue and making difference productive—outcomes that I have experienced for myself in the practice of music and continue to explore across a variety of domains. 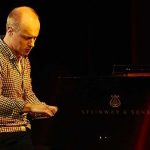 Described by Jason Moran as a pianist who has “taken full control of the music histories that interest him: from Messaien to Earl Hines...with a new sound that only comes from within him,” Marc Hannaford has established himself in the New York jazz and improvised music scene since his arrival from Australia in 2013. He has performed and recorded with improvised music luminaries such as Tim Berne, Tom Rainey, Mark Helias, and Ellery Eskelin. His 2015 release, Can You See With Two Sets of Eyes? was described as what “advanced, contemporary, improvised, virtuosic music might sound like, a decade or more into the future” (The Weekend Australian).

Marc is currently also pursing his PhD in music theory at Columbia University. His research interests include music performance, improvisation, critical identity studies, and rhythm and meter. His dissertation topic is the music of pianist and composer Muhal Richard Abrams.