INSIDE THE MUSICIAN. Gordon Kerry: The Undiscovered Continent

When I’m introduced to someone, and the subject of what I do for a living comes up, I know to expect three questions: ‘what sort of music do you write?’, ‘what was your name again?’ and ‘what instrument do you play?’. Until last year I answered the instrument question with a lame gag about being a reformed flautist and, having taught myself in my teens, a rotten pianist, but that nowadays I had no use for an instrument. Which then led, inevitably to the ‘yes, I hear it my head and write it down’ speech, hastily qualified by the ‘yes, indeed, Mozart did too, but Stravinsky composed at the keyboard – neither method guarantees greatness. But that’s enough about me’.

Last year, though, I thought it might be fun to take up piano again, so I purchased a perfectly adequate digital instrument (which seems to have come pre-programmed with squillions of Czerny Etudes, maybe so kids can fool their parents that they’re practising). I still don’t compose at the keyboard, but for an hour or so before dinner, I don the headphones (if my partner’s home) and work my way through a slowly growing repertoire. I’ll never charge admission of course, but it’s pleasurable – even the necessary dogged repetition that drove teenage me to raging despair – and, in a sense, meditative. And, to borrow a phrase from the late art critic Robert Hughes, it helps fill the wells of memory.

‘Neuroplasticity’ is a word du jour, and there’s no question that playing music stimulates certain cognitive functions and improves physical coordination. It also stays with you: when my late mother was in the final stages of Alzheimer’s and only just able to recognise us, she could still rattle out some of the music she played on the piano when I was a child; Deborah Wearing’s Forever Today details the total and catastrophic amnesia suffered by her husband, Clive, after a bout of rare meningitis. Clive, a choral conductor, nevertheless retained memory of works he had conducted or played and was still able to read music; playing piano or organ thus offered him a time of grace in an otherwise horrific and confusing world.

British author Martin Amis has written about the sense of life ‘thinning out’ as one approaches fifty, but goes on to say ‘Then fifty comes and goes, and fifty-one, and fifty-two. And life thickens out again. Because there is now an enormous and unsuspected presence within your being, like an undiscovered continent. This is the past.’ So, my piano routine is in part a time-of-life thing, a conscious cartography of that undiscovered continent, and yes, I do play a lot of canonical music, and include some Bach every day.

My university days coincided with the arrival, in Melbourne at least, of post-structuralist theory. Not so much in musicology, though Malcolm Gillies did try to raise our consciousness with analytical methods beyond the merely ‘empirical’, but much more so in English Literature, where all was Derrida and Barthes and Lacan. I mention this merely to flag that I am, therefore, fully aware of the ways in which oppressive and hierarchical power structures are encoded in discourse and must be deconstructed, and, moreover, that the mechanisms by which works of art become ‘canonical’ are contingent if not arbitrary and by no means divinely ordained. And – did I mention what I do for a living? – I am a professional composer, and therefore hope that my own works will have some hope of making an impact in a crowded field.

But that doesn’t mean completely jettisoning the Burkean notion of tradition (which in this case includes the canon) as embodying cultural wisdom. Unlike Pauline Hanson or Tony Abbott, I wouldn’t presume to describe western civilisation as ‘superior’ or ‘mankind’s greatest achievement’ – I can’t know other cultures from the inside, or judge them on their own terms, so the comparison is meaningless. But I am fully aware of the joy that my culture gives me, and through many of the things that people like Abbott routinely reel off as evidence of ‘our’ superiority: Shakespeare and the Greeks, Mozart and penicillin, women’s suffrage and so on. But I would add, of course, that the much of the work of living artists and thinkers is, will or should be canonical and, moreover, that any living culture must be open to influences and challenges from beyond its comfort zone.

True conservatism, of the Burkean kind, would accept the need for the constant refreshment of culture, from within and without, and of its importance to the polity as a whole. Sadly, self-identifying conservatism across the western world seems indifferent, or actively hostile, to that ‘enormous and unsuspected presence’ that is our shared past – read the comments under any discussion of arts funding in the Murdoch press; and we have seen the results of disastrous cultural policy in this country in recent times where the canon is fetishised as an untouchable holy relic.

I am sick to death of the term ‘culture war’, but much of the western polity is in the midst of an upheaval characterised by anger at ‘elites’, tribalism and fear: vide Nigel Farage, Marine le Pen, or Donald Trump. What strikes me though, is that the people rallying in support of such figures and ‘our way of life’ frequently seem disengaged from or, perhaps it’s more accurate to say, have been deprived of, the very culture which they claim is theirs, and it makes me wonder what it is they are defending.

I need not go over the arguments for more arts, and specifically, music education, they have been made well and often by more knowledgeable people than me. But there is an obvious synergy between the benefits of such education to our community and my modest attempts to learn a few sonatas, Klavierstücken, preludes and fugues, and, like playing the piano, participating in cultural activity and gaining cultural knowledge is pleasurable even if it doesn’t make us better people. Without exploring the ‘undiscovered continent’ of our shared past – and present – we risk cultural amnesia, without the saving grace that the arts offer us.

YOUR COMMENTS ARE INVITED. Please indicate if you do not want them published. Send the to letts@musictrust.com.au 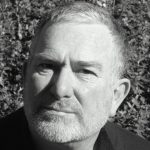 Gordon Kerry, who has composed one or two things himself, has also worked as a music critic for the Sydney Morning Herald, a freelance journalist with numerous other newspapers and magazines, and an arts administrator in which capacity he commissioned a number of new works. His book, New Classical Music: Composing Australia was published by UNSW Press in 2009.