INSIDE THE MUSICIAN. Tamara-Anna Cislowska: Your Persistence Has Not Gone Unnoticed

“Some advice for prodigies, late developers and anyone who is waiting to be good enough, from a late developer who became a prodigy.”

‘You’ll just have to face it Mum, I’m a late developer.’

One of my favourite moments in recent cinema is the speech Michael Keaton as Ray Kroc gives to camera in The Founder. Quoting heavily from a speech by former US president Calvin Coolidge, Keaton is emphatic, with a quiet but penetrating bravado

‘Nothing in this world can take the place of good old persistence.

Education won’t – why, the world is full of educated fools.

Persistence and determination alone are all-powerful.’

I would add to this ode the brother and sister qualities of adaption and resilience and their visiting cousin opportunity.

It is said that the definition of an optimist is someone who believes that the future is uncertain. That uncertainty can mean opportunity. Opportunity is everywhere and opportunity will find you. The trick with opportunity is to be ready when you find it or it finds you. Opportunity combined with preparedness equals success. It is one of the most concrete pillars of success.

In my life so far opportunity has always come to me when I was ready to take it on. Be ready for what you want and it will find you ten times sooner.

When I was twenty, I was asked to fly to Perth to fill in when the pianist Martha Argerich became ill. The concerto was Tchaikowsky’s First, I did the concerts at short notice and was hailed as a hero by the West Australian press.

But what if I hadn’t known Tchaikowsky’s Piano Concerto no.1?

What if I’d waited for someone to ask me to learn it?

Opportunity is squandered without preparation and good fortune is wasted on dreamers.

Be ready for the life you want.

How you treat these three things can change the course of your life.

A friend of mine is now the CEO of a very successful skincare company. He used to be a musician and he passed on to me what he considers one of the best pieces of advice he ever received. It came from the legendary violinist Yehudi Menuhin when he was on tour in Australia. Menuhin was asked about the difficulty of climbing the ladder of success and the dog eat dog nature one might come up against in music. He replied calmly to the audience, ‘there’s plenty of room at the top’. In other words, don’t think about the contest, think about the aim, the result. For my friend that turned out to be switching his focus to another passion – science, eventually leading him to a whole new business in skincare. One that he continues today with clinics in London, Hong Kong, Paris and New York.

For me, adaption is a key tenet for success. Who knew when I was hauled up to Sr Kath in primary school for being a blabbermouth that this would eventually lead me to a second career in broadcasting – and getting a national show on ABC Classic called Duet that just celebrated its 100th episode. It’s the only part of my career that I can continue in full right now during COVID restrictions. When I was passed that opportunity I was able to accept it because of my musical and dramatic training. It fit like a glove but only because I’d acquired all the skills I needed without ever knowing that one day I’d be asked to put them into practice.

In 2016 I received the ARIA Award for the Best Classical Release of the year. I received the ARIA award for a project that had been refused and shelved for over ten years. The album was in fact a double album – the complete works of our great nationalist composer Peter Sculthorpe. Sixty-six years of music. We had taken the project to Naxos, to Bis, we’d had recording dates in Germany and in Canada. Every time we would prepare to start, a door would shut in our face. Years later, with Peter (b.1929) getting more and more frail I took a meeting with the new head of the ABC Classics label and I told him it was a disgrace that the ABC had not made this recording a priority. To my surprise he did schedule us, backed us on every front and we finished just months before Peter died.

If I hadn’t taken that last meeting, if I hadn’t swallowed my pride, if I’d walked away with hurt feelings, none of that would have happened.

No recording, no making history, no ARIA.

When they told me no, I just didn’t hear it

When I was 15 I met a young violinist at a reception for Hazel Hawke. We had both become Young Performers of the Year and Hazel asked us to play together. Five years later we were performing in some of the great halls of Germany and Switzerland, touring America, Canada, Australia and Italy having formed the Mozart Piano Quartet in Berlin, an ensemble that has now been awarded several Echo awards in Germany for its wide-ranging albums.

When I was ten I first entered that same competition, the Young Performers Awards. I entered to gain experience and to improve my repertoire. At that time, competitors were required to prepare nine works across three centuries. On the panel was Geoffrey Tozer who declared me as having the best sound in the country and immediately progressed me to the concerto round in great excitement and I’m sure much to the horror of his colleagues. Had I not known that concerto, in anticipation of failing to get to the next round I never could have taken that opportunity, never would have played it with the orchestra later that year, never gotten to know one of the most extraordinary pianists and minds of the  20th century and he never would have taken me to England with him a few years later to record for the Chandos label with the London Philharmonic.

But I did know the concerto.

Don’t wait to be asked.

When we give our lives to the Performing Arts we embark on a life of service.

It’s a service that people need. We give many the chance to see themselves as they want to be, to see the world as it might be, we give solace, comfort, inspiration, we can elevate the everyday and illuminate parts of humanity that seem incomprehensible – we have that power.

Perhaps you’ve studied music, even graduated. You’ve performed, rehearsed, drilled and agonised alone in a room. You’ve already given yourself a platform with these skills and experiences, it’s now over to you to create your future: what’s ahead now is what you make of it.

How you treat these three things will change the course of your life.

Remember the words of Yehudi Menuhin ‘there’s plenty of room at the top’. Be the best at what you want to do, plan it, live it, prepare for who you want to be. When you look at the future with those eyes you will see opportunity and when you see opportunity – take it. 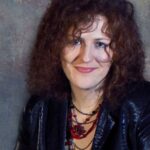 Tamara-Anna Cislowska is one of Australia’s most acclaimed, ARIA award-winning pianists, performing and recording in Australia and internationally to critical and public acclaim. Earning international prizes in London, Italy and Greece such as the Rovere d’Oro, and touring Japan and the USA as cultural ambassador for Australia, Tamara’s accolades include ABC Young Performer of the Year, the Freedman Fellowship, an Art Music Award for ‘Performance of the Year’ (ACT) and the 2015 ARIA award for ‘Best Classical Album’.