Mid-1989 was the only time I ever made an appointment with the school counsellor. I was in a slight panic just a few weeks out from making a decision about what subjects I was going to take for the final two years of school. I was conflicted about it, and getting stressed because everyone was telling me how it was going to affect my chances of getting into university, which would in turn affect how the rest of my life would pan out. With the fortunate exception of my rather wonderful family, nobody thought music was a good idea. It was all talk of ‘fallback’ careers, which was kind of depressing when music was all I could imagine myself doing for the rest of my life.

If only someone had told me what was going to be the most useful thing to me for the length of my musical career. As a young musician said to me quite recently, you need Skillz. Mad Skillz. And to know how to apply said Mad Skillz. For musicians in my line of work and beyond, this means theory, sight reading, harmony and counterpoint, understanding of musical structures. In short, How Music Works.

Great theory opens up so many new worlds to a musician. One of my very favourite things to do is to go into a conservatorium music library or a sheet music store and listen to what’s on the shelves, not through any kind of audio technology but simply playing inside my head, in my ‘inner ear’. Immediate aural access to the primary source is so liberating! Great theory also helps you become a creative, not just a re-creative. Don’t like the way someone else is putting those dots and squiggles together into patterns? Make your own patterns! Once I had the confidence to start composing myself at the ripe old age of 34, the thing I was most thankful for was my theory training. I could hear my music in my head, use my theory to put it on the page, give it to another musician and they would interpret the code I’d written. It seems like a minor miracle somehow, but actually it’s just plain hard work and well worth the effort.

Non-classical musicians can find a kind of increased efficiency too through good theory.

I’ve known a few such kids over the years who have eventually chosen non-classical music paths. Their understanding of how music works really shows in their creative output. One example is Elki, whose altpop tunes are getting a decent amount of airplay. That knowledge of musical structure and textural concepts and the rules of harmony is so clearly evident in her songwriting output. It’s the same knowledge that makes Radiohead such a good band, a band populated by classically trained musicians. Non-musicians can often tell the difference too, though they might not have the technical language to know how to describe it in any detail.

I used to teach this talented young rock musician at a tertiary music institution that didn’t have notated music theory as a compulsory subject. He was a great songwriter (still is!) and expressed interest to me privately in learning about music theory and sightsinging. We had one lesson and he loved it. The class kept building in numbers as he brought more of his peers along with him, so we had to shift the lesson from my teaching studio to the closest pub’s beer garden. They all said “Wow, everything is so much quicker now, figuring out the chords and writing down the melodies.” I told them that they shouldn’t tell me, they should tell the head of school. They said they’d rather just have lessons from me because it was more fun than school. Go figure. I’ve never met a single person who said that learning music theory was a waste of time but I have met plenty of people who are disappointed they never learnt to read music well. Even professional working musicians. Through my own professional career I’ve been a bassoonist, a cabaret performer, an accompanist, a choral repetiteur, a dance accompanist, a vocal coach, a chamber musician, an arranger, a composer, a conductor, an educator, a solo recording artist, a curator, a community music leader… and more besides that. With the possible exception of “bassoonist”, I’m able to turn around now, right this minute, and do any of these things. This is all because I know How Music Works.

Eminent scientist Carl Sagan summed it all up in his words about books. For me, this applies equally to music scores.

“What an astonishing thing a book is. It’s a flat object made from a tree with flexible parts on which are imprinted lots of funny dark squiggles. But one glance at it and you’re inside the mind of another person, maybe somebody dead for thousands of years. Across the millennia, an author is speaking clearly and silently inside your head, directly to you. Writing is perhaps the greatest of human inventions, binding together people who never knew each other, citizens of distant epochs. Books break the shackles of time.” 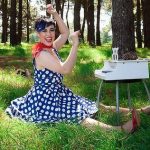 Award winning Sydney based musician Sally Whitwell maintains a busy career as performer, conductor, composer and educator.  Sally has two ARIA Award winning and four ARIA nominated albums to her name. Mad Rush: Solo Piano Music of Philip Glass, The Good, the Bad and the Awkward, All Imperfect Things; solo piano music of Michael Nyman  and I was flying, a collection of her own compositions in the art song, choral and chamber music genresSally is regular accompanist for Gondwana Choirs, and is currently concentrating on her composition projects, with upcoming premiered by Acacia Quartet, The Hunter Singers and a collaborative work Seven Stories for Ensemble Offspring.