Two weeks ago I commented on the forthcoming Education Council of Ministers meeting and how it was apparently going to tackle our latest reported dive in student achievement. I declared that the chance of an enduring solution emerging from that gathering amounted to fantasy. True to form, the ministers emerged from that meeting with strong statements, pious hopes and an ongoing commitment to … fantasy.

Amongst other things they endorsed a new vision document, the Alice Springs (Mparntwe) Education Declaration. This new tome replaces the 2008 Melbourne Declaration. Such declarations might indicate changing priorities – but they certainly don’t seem to guide action. Indeed, as Jane Caro and I declared years ago, if the Melbourne Declaration was some sort of commercial contract the signatories would be called to account.

This time around, the Mparntwe Declaration states two general goals for education: that the Australian education system should promote excellence and equity; and that all young Australians should become confident and creative individuals, successful lifelong learners, and active and informed community members.

These are two laudable priorities, but the problem is this: the methods we use to achieve the first usually end up undermining the second. Our decades-long focus on prescription, standardisation, testing and accountability seems to have done nothing to create “confident and creative individuals, successful lifelong learners, and active and informed community members”. Quite the reverse: there is no shortage of indicators of student disengagement from learning, from school and from community.

Has anything changed? Not much, if media reports emerging from the Education Council of Ministers are any guide. As part of a ‘learning progressions’ focus, a suite of online tests will track each child’s learning – which will be linked to assessment. A new maths curriculum will be fast-tracked, phonics is back and universities are once again bashed over their teacher training. In fairness, some of all this is needed and indeed it reflects the priorities of the Gonski 2.0 review.

But is this as good as it gets? The state and federal ministers are certainly happy, Federal Education Minister Tehan declaring the reforms were a “game-changer” for education. Ministers have been saying that about school reforms for over three decades – and little has changed. What we are left with is an ongoing commitment to doing more of the same, an ongoing commitment to fantasy.

Part of this fantasy is that school reforms can be pushed, and can succeed, regardless of context and certainly regardless of how we provide and resource our systems of schools. It is underpinned by a belief that schools exist in isolation from each other and stand apart from what happens around them. But the settings in which schools operate, the whole framework of schools, really matters.

Rather than restate our problems, here is a little narrative about a country that forgot this lesson, suffered the consequences and decided to do something. In 1981, Chile started to allow schools to charge fees and select their students. The inevitable result was enrolment segregation based on student socio-economic background, all hand-in-hand with poor overall achievement. The extent of social segregation became one of the most noticeable in the world. The consequences of such trends are well-illustrated recently in Pearls and Irritations by Mauricio Villegas in respect of Colombia – and arguably illustrated in Chile by recent civil unrest.

Efforts to reduce this segregation in Chile began in 2008 with a law that boosted funding for poor schools. A new law in 2016 is phasing out selective admissions (including those based on parent interviews) and abolishing top-up fees among subsidised schools. It includes incentives for compliance and additional resources for lowest SES students.

The effect of these changes, as analysed by the Brookings Institute, have already been significant. In 2008, student test scores in all types of schools improved, but the improvement was greatest among public and non-fee charging private schools. The size of the income-based test score gap declined by at least one-third. As the Brookings analysis concludes, the Chilean experiment revealed the importance of equitable institutional arrangements. Marginal interventions, on the other hand, amounted to wasted energy.

Does this sound familiar? Current trends in Australia have much in common with Chile’s recent past, but our efforts to achieve a breakthrough have little in common with Chile’s present and likely future. It is easy to get the impression that efforts such as those arising out of the Education Council of Ministers meeting might just amount to more ‘wasted energy’.

(This article was first published on December 16, 2019 in John Menadue’s newsletter, Pearls and Irritations.) 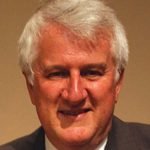 Chris Bonnor is a Fellow of the Centre for Policy Development.