The Commonwealth’s neglect of higher education is criminal

As the week draws to a close it’s fair to say Treasurer Josh Frydenberg’s third budget has been well received. Most economists support the Treasurer’s increased spending to grow the economy and drive down unemployment. He has listened to the experts and got the big picture right.

But the 2021 budget also has a major blindspot – an inexplicable unwillingness to invest in higher education. It’s a gap so obvious that many are starting to question whether it is the product of anti-expert animus in Coalition ranks.

Whatever the motivation, the current neglect of higher education is criminal. The Morrison government didn’t create the pandemic that triggered the collapse of international student revenue. But it did close the borders, and it is keeping them closed while failing to render anything close to adequate aid to universities.

Why? Australia’s higher education system is highly efficient and among the best in the world. We have many highly ranked universities and world-class academics. Higher education is Australia’s fourth largest export industry. In 2019 it brought in A$9.8 billion and was estimated to be worth close to $40 billion to the Australian economy.

Higher education raises revenue and it provides industry with a skilled workforce, and it does highly-regarded research that can drive technological innovation and help us respond to problems like – just to pluck a random example – a global pandemic.

If your aim is to stimulate the economy and set Australia up for future success, investment in higher education is a no-brainer. Yet most universities have been excluded from JobKeeper. So far more than 17,000 jobs have been lost in the sector, with more to come. Can you imagine this government being so nonchalant about losing the equivalent number of jobs in any other industry?

Apart from a $1 billion research package in the October 2020 budget, the government appears content to stand by and watch as the sector bleeds talent to offset the billions lost from the decline of international students. Its funding of higher education in the current budget represents a $400 million funding reduction, while everywhere else money is being pumped in.

The Morrison government deserves credit for listening to experts on its overall budget settings. It’s deeply worrying that at the same time it appears to be so uninterested in the future of the institutions that employ them.

Misha Ketchell is the Editor of The Conversation. This was its Editorial on May 14, 2021. 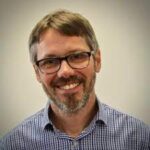 Misha Ketchell is the editor of The Conversation