THIS MUSICAL WORLD. Arts education and the ‘Passionate Individual’

Thriving art programs rely particularly on ‘Passionate Individuals’ who go above and beyond what is expected, to establish and/or sustain an arts program.

I was recently sharing some tweets with innovative music educator and composer, James Humberstone, about that age old chestnut, music education advocacy. Another musician, joining the conversation asked whether the ‘music makes you smarter’ line was the only feasible approach. I suggested that if students were itching to get to music classes, no further advocacy was required.

But that’s naïve. My experience is that if a school administration is not supportive of the arts, then your program is stuffed and so are you. Move on. It’s not only the need to scrounge for resources, or the constant negotiations for timetable and appropriate learning spaces, but other aspects of administrivia which seem contrived by the powers that be to make your job as difficult as possible. This is on top of the fact that music education requires a 110% kind of commitment when there is support, so attempting to work without it, ultimately impacts your wellbeing. And this is when one of the chief advocacy tools for music and all facets of arts education is, you guessed it, wellbeing! But in a recently published article by music academics from The University of Melbourne (McFerrin et al., 2021) co-author, Alexander Crooke, notes the perceived ‘disconnect between the type of music activities that promote these benefits and the programs most commonly delivered in schools’ (p. 2). This was the reason for my battle cry on Twitter! The authors equally reflect on their previous research into the need for supportive school leaders to establish and sustain, not only music, but the dynamic spectrum of arts programs.

The paper lists the tools currently employed to advocate for arts education, which, in addition to wellbeing, include the enhancement of one’s maths and literacy capabilities; general cognitive skills; employability (perhaps not in the arts!); social and emotional development; creative thinking; a self concept, and ‘distinct ways of experiencing the world that are unique to engagement in the arts’ (p. 2). The authors say, ‘The landscape of benefits associated with arts provision is therefore wide and diverse, which both complicates and highlights its importance and vulnerability’ (p. 2).

The article describes a global advocacy for arts education which must compete with organisations such as the OECD’s emphasis on literate, numerate, scientifically minded populations. This ongoing pull and tug is highlighted and tackled by Sir Ken Robertson in his arts education advocacy. The authors of the current study point out that over the last decade, there has been a closing of ranks around what constitutes fulfilling the educational needs of students, and, by and large, the arts don’t cut the mustard.

To fill in the gaps in this reasoning, may I point out the bull in the china shop, as, to an extent, do the authors. Australia is currently governed by conservatives, driven, as with other conservative governments, by an economic mentality where the purpose of an education is to train workers to sustain that economy. Though the arts account for a significant contribution to federal and state coffers, they are rarely perceived in that way, even with attempts to alter the arts’ nomenclature to an ‘arts industries’ narrative. It’s a little like the RAT tests developed in Australia, but only sold overseas because they have not been given approval to be sold here. There’s something in the conservative mentality that seems to fear innovation, particularly within its own borders. The arts, therefore, also threaten this modus operandi, where artists often see it as their responsibility to creatively express their views on a range of existential issues, which can be at odds with government positions. Additionally, if I may be so bold, there is still a feminised perception of the arts by such governments which is contrary to their mantra of submarines, army tanks and hi-vis jackets: hard hats, as distinct from ‘soft’ skills. Although a ridiculous perception, semantic and image manipulation are pervasive, and persuasively used to reinforce such conservative values.

But I digress. Kat McFerrin and her fellow researchers’ study investigated what best facilitated and sustained arts programs in schools. Twenty-seven stakeholders, including thirteen school leaders, ten arts specialists and four wellbeing coordinators from nineteen Catholic primary schools were interviewed. The study found that thriving arts programs relied particularly on ‘Passionate Individuals’ who would go above and beyond what was expected of other educators, to establish and/or sustain an arts program. The requirement of a supportive school leader, even if there were differing visions or available resources for an arts program, were pivotal to a program’s sustenance. The authors say:

In schools where an arts program is championed by a Passionate Individual, supported by leadership and embedded into the school culture, a range of benefits are perceived by stakeholders. However, these rely on the energy of a Passionate Individual who then requires support and resources to maintain a program that leads to the types of benefits leadership craves and students deserve.

The authors provide a profile of a Passionate Individual who develops a school’s arts program over a twenty-year period. The teacher started as a one day a week music specialist in ‘a sports school’ and realised quickly, that she had to alter her approach to music teaching for students who were obviously disengaged. She also knew she needed to build the confidence of other classroom teachers to take a role in teaching an aspect of the arts with which they at least felt comfortable. This Passionate Individual gradually ‘normalised’ the arts as an embedded component of the school curriculum. The school principal offered her the respect and, hence, opportunity to sculpt the program, including engaging the classroom teachers, to help supplement and support the program. At one point, the Passionate Individual had to negotiate a new school leader. This passing of the baton was facilitated by the previous Principal.

However, the study’s authors point out how everything can collapse with such a disruption, like a Jenga puzzle, for example if a change in leadership brings in an individual who is not supportive of an arts program. It notes how precarious such a program can be with reliance on one teacher, given so many variables threatening its stability. The authors describe the situation of another Passionate Individual who is close to burn-out because of the lack of support she receives as a result of a disadvantageous whole-school ethos. They find that

They note that this approach, relying on Passionate Individual advocacy and agency is ultimately unsustainable. Unfairly, it is arts teachers, interested parents, or arts community practitioners who can find themselves with sole, or almost sole responsibility, for establishing and sustaining an arts education program. The authors describe how all such Passionate Individuals are ‘working within a political context that overtly prioritizes some learning over others, but covertly places responsibility on schools to make individual decisions about how to fund non-core activities’ (p. 13).

In the future, it would be interesting to understand whether the ‘Passionate Individual’ is more commonly found in arts education than other areas of the curriculum, and whether this is solely to do with the predicament of disenfranchisement that so many arts educators encounter.  Alternatively, does being a passionate individual also equate with the nature of those engaged in the arts? There may, to add insult to injury, be an implicit exploitation of arts educators in this way, based on their inherent ‘being’, not simply their dedication to sustaining arts programs in schools. (Just throwing that curve ball out there.) The paper makes an important contribution in highlighting the inequities arts educators face, not only in running effective arts programs, but often simultaneously advocating for their existence, realities which will resonate with many readers’ experiences. 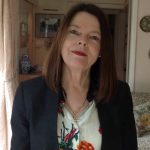